The Possibility of Peace

I had the wonderful opportunity of meeting with Miki, who was a guest in my American Literature IV class with Dr. Jayne Waterman, for what I thought would be a brief, perhaps 30-minute discussion over dinner. What happened was a two-hour discussion (getting us scolded out of Convo) about our own experiences of culture. We talked about television and the perception of anime and movies, politics and the voting process—in the light of the upcoming election—the perceptions of violence and control, history, and the perception of foreigners, among a plethora of other topics. 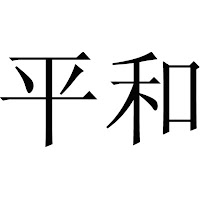 It’s incredible, and I think very important, to be able to see and understand how vastly different we all are. Miki also works as an intern for International Student Services on campus, and it was equally intriguing to get her own insights. She expressed that while she is aware of her own uniqueness as an international student, there is also an incredible amount of diversity our national resident students may not even realize. As a full-time international student (as opposed to partaking in a semester- or year-long exchange program), Miki is able to develop lasting relationships with the students she helps, even with a clear language and cultural barrier.


A question then arose. It is clear in current politics that prejudice against “foreigners” is becoming a huge issue. As a “foreigner” herself, Miki has fortunately not been directly affected. My question to her, however, revealed something very interesting—how do the Japanese perceive “foreigners” coming to Japan? She estimated that about 98% of Japan’s population is native residents (according to the Japanese Ministry of Justice, 1.7% of Japanese residents are foreign). Of those residents, including the Prime Minister, many want the country to be more internationally open. She explained that, at least from business and national stability standpoint, the fact that the average life expectancy in Japan is much high than many other countries means that the amount of working-age adults is much lower than the retired and the elderly, causing a growing need for labor. Japan in this way welcomes foreigners, a message far from equated in the U.S. While there remains some skepticism about Americans in Japan, especially and understandable from those older adults who lived through WWII and its aftermath, Japan seems to have a much more accepting cultural climate, influenced a great deal by their own values of respect.

While the world may not be nuke-free, Japan has certainly becoming more peaceful post-WWII. Under a constitution signed with the United States, Japan has vowed not to engage in war. American military bases are scattered throughout Japan, monitoring and protecting Japan—a concept that has created range of opinions from the Japanese who live there. Controversy thrives. Miki explained that there have been occasions of tragedy, including a plane from a base very close to a school community crashing and killing civilians. Even so, the protection from the United States has managed to maintain good international relations the Japan. The families around these bases are also often good friends with the American soldiers and their families stationed there; Miki’s mother was especially good friends with one of these who even used to babysit her when she was young. This sort of “peace pact” has greatly influence Japan on a whole as well. Under rule of the government, firearms are outlawed for those not with the police force—a concept that remains a hot topic in the United States. Miki explained, “Of course we do have crime, but not like big crime…like the guy that went to [the] school shooting. Our crime is smaller.”

It’s interesting to recognize that Japan has pushed through so many issues and come out the other side successful, even issues that we here in the US are still dealing with. It’s important to recognize that we have differences. Japan’s history dates back into the years of BCE while the United States is still only a few centuries old—with a notably brutal history preceding our own constitution. So, why is it that we still today don’t accept the differences in others? Why is it that we can still look at ourselves and think “America is the greatest country in the world.” How have we forgotten the bomb? It’s difficult now, for us to imagine a war and a tragedy of that magnitude crossing ocean borders on to States’ soil. We send our troops overseas and distance ourselves from anything that could taint the American spirit. We need to reflect on the possibility of peace.

Emily Wirtz is an ACN Peace Scholar and intern.