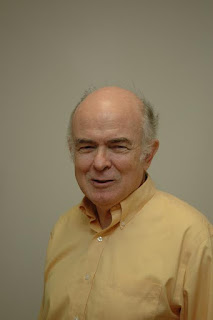 Today my heart is heavy with the loss of my dear friend, Dr. John Stratton.

I first got to know John in 2013, as I was transitioning in my career and applied for a part-time position as the Assistant Director for the Ashland Center for Nonviolence at Ashland University. I knew who John was from a previous time of employment at Ashland University, but I had not worked with him directly. When I had my initial “interview” for ACN with John in his office, we immediately hit it off. I loved his brash exterior that vaguely covered his true heart and giving nature. After being hired, I had the privilege to spend a great deal of time with John and his wife, Dorothy, sharing our views on nonviolence and world events as well as the ongoing challenges at AU during that time. John brought me into ACN’s circle where I quickly found a place that I could be myself, openly expressing my “inclusive” views as well as learning more about the impact that nonviolence could have in resolving conflict – whether among families, neighbors or countries.

John was passionate about peace. He believed that it was indeed possible to resolve conflict without the use of deadly force and he wasn’t afraid to voice those beliefs to anyone who would listen, as well as to those who might not want to listen. John loved teaching and empowering others and he taught many people how to work to create change in achieving peace. He was a leader in educating both students and the broader community about the power of nonviolence as a method for conflict resolution.

I will especially miss our conversations about current events and sharing with him the work I am doing with my equine assisted learning program. Even after I left ACN to focus on my business, John continued to encourage me and pushed me to open my mind to opportunities that would allow me to guide people in gaining more self-awareness – with the hope that such self-awareness might lead to new insights on how they could become more accepting of others and resolve conflict through nonviolent means.

Most of all, for me personally, John encouraged me to pursue my own beliefs about connection and to not be afraid to question the belief among others that violence is the answer to conflict. He taught me to not be afraid to ask questions of others who believed that working towards peace was a waste of time. He taught me to believe in myself and that I could make a difference in the world. For that I will be eternally grateful.

As I bid John farewell from this world, these words from Gandhi will always make me think of him: “You must be the change you wish to see in the world.” Thank you, John Stratton, for setting the example of this and for encouraging others to speak out to create change. Many thanks to you my dear friend – for accepting me for who I am and for teaching me to not accept the status quo in the world.


Ginny Telego served as Assistant Director of the Ashland Center for Nonviolence from 2013 to 2015.

Posted by Ashland Center for Nonviolence at 8/31/2016 No comments:

What John Stratton taught me about Peace 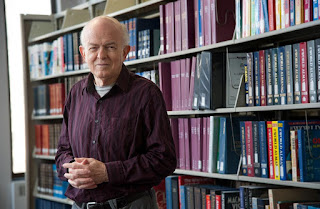 John Stratton passed away at home on Sunday. I knew John to be a deeply generous soul with an enormous heart mostly in his work as a local leader in the cause of nonviolence. I’m honored to have succeeded him in leading an organization he founded, the Ashland Center for Nonviolence. While there will no doubt be a lot of tributes to John in the coming days, I wanted to reflect on what I learned from him about peace.

John didn’t just wish for peace. He was committed to making it happen locally and was flat-out mad at the fact that American society seems to resort to violence so quickly. At the same time, John didn’t think of himself as a pacifist, but as a skeptic. He was especially skeptical of either/or thinking that ruled out creative approaches to resolving conflict without violence. He could also be skeptical of religious people if he sensed rigidity. It occurs to me that my own brand of Christian pacifism might have struck him as somewhat rigid too. John was adept at looking for different, untried ways, which I observed in him on many occasions, but presumably on none so critical and sustained as his recent illness. (I hesitate to “use” John’s illness as an “illustration” for what are probably obvious reasons. Yet if dying well is really about living well, we should take notice of how others and ourselves do both.)

What the Khan Exchange Reveals about America

The recent exchange between the Democratic National Convention speakers, the Khans, and Donald Trump reveals a lot, not least about Trump’s insensitivity and lack of tact and political judgment.
But I’m also interested in what it reveals about what really counts when it comes to demonstrating belonging, even unity, in America. The Khans, Muslim immigrants to the US, spoke at the DNC about their son’s sacrifice for his country in the US military—Humayun Khan was a US Army captain who was killed in Iraq in 2004. Trump’s very simplistic (not to mention dangerous and frankly un-American) suspicion of Muslims and immigrants is shown so strikingly by an equally simple demonstration of a single counter-example. It simply falls apart. Trump, who is notoriously anti-immigrant and anti-Islam, publicly mocked the family, drawing harsh criticisms from many veterans, including John McCain. We see in the DNC’s choice of the Khan family the strongest kind of example available for displaying the full inclusivity of American society: that fact that Muslims too will fight and die for America.

I believe that the Khans deserve deep admiration and respect. But I also wish that the lengths we apparently need to go to in America to communicate the full inclusion of Muslims and / or immigrants didn’t have to involve the death (sacrifice) of members of those groups.