It’s important to refer to the shooting at Emanuel AME Church in Charleston, South Carolina as an act of terrorism. I join with others (like here and here) in insisting not only that the June 17 massacre meets the FBI’s definition of terrorism, but also that calling it by its proper name is important to highlight America’s long history of terrorism against African Americans.


There may be a connection between Wednesday’s terrorist attack and the thwarted 1822 slave revolt centered at the church (see articles here and here). Even more likely is a connection with April’s shooting of Walter Scott, an unarmed black man who was shot in the back and killed by a white police officer in Charleston as he tried to flee. (The police officer was indicted for murder.) The church’s pastor, Clementa Pinckney who was also a state senator, had led a prayer vigil for Scott and had pushed for police officers to wear body cameras.

An Element of Violence 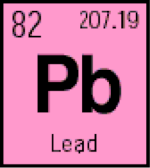 Following Freddie Gray’s death in Baltimore, the Washington Post reported that he, like too many other children of the inner city, grew up with lead poisoning.  At 22 months, Freddie Gray’s blood lead concentration was 37 micrograms of lead per deciliter of blood.  This is high enough to cause serious brain damage and far exceeds the level (5 micrograms per deciliter) identified by the Centers for Disease Control as the current level of concern.  Less well appreciated is the link between lead and violence in our society.

It is hard to grasp just how poisonous lead is to young children.  An average grain of salt weighs approximately 100 micrograms.  Dissolve that in 2 liters of water and you have a concentration of 5 micrograms per deciliter. What do these miniscule amounts of lead do to a young child?  Effects linked to low-level lead exposure in children include reductions in IQ, learning disabilities, and ADHD. Ralph Spezio, a Rochester NY principal, found that all of the children in his school’s special education programs had histories of elevated lead exposures.  The brain damage caused by lead is permanent, and the only way to prevent harm is to prevent exposure.