The Storming of the U.S. Capitol 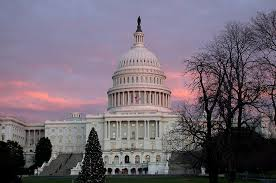 The events of 6 January 2021, when a Trump-rally fueled, offshoot mob stormed the U.S. Capitol and Congressional chambers, will be analyzed for some time to come.  Not since the War of 1812, when the Capitol was attacked and burned by British troops, has this architectural and emplaced symbol of democracy been so desecrated. From the perspective of nonviolent theory and practice, the wake of the largely peaceful, nonviolent Black Lives Matter protests nationwide and in Washington, D.C. across the summer of 2020 and beyond affords us a comparative lens with which to understand and to process what has unfolded.  What does this mean for our democracy?  To our allies’ democracies?  What does this event mean for aspiring and newly budding democracies worldwide?

It is illuminating to consider nonviolent theorist Johan Galtung’s highlighting of three central kinds of violence:  (1) direct or physical interpersonal violence, (2) institutional and systemic violence, and (3) cultural violence.  We witnessed direct violence in the mob’s physical attack on the place, persons like Congressional police and staffers.  We witnessed institutional and systemic violence in the Trump Administration’s use of its power to hold a counter-rally on the day of the Electoral College’s vote formalization:  in short, we saw institutional and systemic forms of violence that used power to plan a timed rally that would funnel angry, upset Trump supporters and violent hate group supporters to intimidate and disrupt the democratic process of the U.S. Congress’s final tally and codification of the Electoral College vote, which was to confirm Joe Biden as U.S. President-Elect who will be inaugurated in a few short weeks.  Other institutional and systemic modes of violence include Twitter’s and Facebook’s and other social media outlets purveying misinformation and outright propaganda to gullible, non-college educated Trump supporters:  tech companies’ profit motives are valued by tech leaders more than democratic ideals and practices.  Last, we observed cultural violence in President Trump’s and ancillary organized hate groups’ uses of cultural modes of violence, such as harnessing ignorance, racism and toxic masculinity, to draw the riotous crowd of mostly men into ransacking the Capitol grounds, resulting in the deaths of at least five people, one of whom was a woman.

African Americans, Persons of Color, and those among us as white allies of the current generation of the Civil Rights Movement, including ‘Black Lives Matter’, and women’s branches of it, like ‘Say Her Name’, ‘Me, Too’ and ‘Pink Hats’ movements, all demonstrate that protest in the streets and registering disagreement with unjust political forces can be done peacefully and well.  All of these nonviolent movements showcase the central role played by peaceful marches and placing well organized bodies in the streets to communicate messages about injustice to those in power.  The police presence across the summer 2020 protests and marches to control these largely peaceful protesters was stringent, culminating with many BLM protesters in Portland even being kidnapped by anonymous, Federal government officers in unmarked vans.

In sharp contrast, the crowd of a few hundred mostly white, mostly male Trump supporters pushing their way into the Capitol had little pushback, and far less surveillance.  The mob, whom the erstwhile outgoing President Trump, with a phalanx of populist conspiracies proliferating on social media, had whipped up into a lather of rage, violence, and puerile vandalism.  The Capitol and halls of Congress along with the main chambers were overrun, trashed.  Windows and furniture were smashed, and ‘souvenirs’ such as items from Speaker Nancy Pelosi’s office, were stolen and brandished proudly by individuals in the marauding mob.

Fortunately, eventually the National Guard and D.C. police were able to eject the vandals, secure the grounds so that members of Congress could return and complete, by the wee hours of the morning, the normally fairly mundane and ceremonial business of accepting the Electoral College’s votes tallies from each state, with some debate.  It ended not with a bang, but with a gavel.  Yet the late night rapping of that final gavel must remind us of the tasks before us so that we and our global democratic experimenters may flourish.

The tasks of nonviolence and its adherents to support democracy entail creating proper modes and antidotes to the three kinds of violence.  To peacefully prevent direct violence of this sort in the future, there must be greater security, protection and planning to safeguard democratic processes and the representatives and staffers whose job it is to carry them out.  For example, who were the mindless or maligned individuals and bureaucracies in the city of Washington, D.C. who approved the precariously timed Trump rally, staged on the contentious day of the Electoral College’s vote counts?   Didn’t anyone in the approvals process worry about that?  And if not, why not?  Also, how can racism in policing be averted so that white, male protesters won’t automatically be assumed to be peaceful ‘patriots’ who are essentially given a free pass to ransack government buildings, whereas protesters of color and their white fellow protesters are often beaten, tear-gassed, and met with overwhelming police presence?

To nonviolently inhibit systemic and institutional forms of violence, we could benefit from reexamining our societal overreliance on social media for ‘news’ and for ‘information.’ While objective, fact-seeking journalism as democracy’s Fourth Estate is shrinking, uber wealthy tech giants like Twitter or Facebook are able to sell lucrative advertising to web-surfers, boosting profits while disseminating absurd conspiracy theories that perpetuate racist and sexist cultural myths.  Also, our democracy itself could use a reboot:  U.S. governmental representatives skew drastically toward being comprised of old, white males.  More diversity in gender, race, ethnicity, ability, sexual orientation, and age, among other variables, could increase the inclusivity and sense of participation and buy-in from those who are government purports to represent but often fails to.  Even many of the supporters of the Democratic party were disappointed that Joe Biden as another elderly, white male was the best their party could do to get their candidate for President elected.  Women are half of the U.S. and world’s population:  democracies worldwide, however, have fallen short of reflecting that in their representation by government officials.  Institutions and policies match those who make and sustain them:  the nonviolent perspective asks us to wonder, why are governmental officials not more inclusive and representative of those who elect them?

Last, to stem the tide of cultural violence, we would do well to find ways to impede unethical leaders and social media from spewing propaganda.  Social media critics suggest revoking Section 230 of the Communications Decency Act (1996); this law essentially gives free reign to internet trawlers, liars, and propagandists of domestically and internationally located cubicle farms, often paid for by adversaries of our democracy.  By removing loopholes that enable social media producers and consumers to participate in denigrating historically marginalized and oppressed individuals and communities, democracy can better support its citizens. By electing more diverse representatives to Congress and other governmental posts, and by including working class whites and persons of color, democracy may become more attuned to and listen to all citizens. By focusing on what we can do, individually and collectively, to peacefully support our democracy, we can gain hope and a roadmap of action, so that a repeat of the events of 8 January 2021 on the U.S. Capitol won’t happen again so easily.

Posted by Ashland Center for Nonviolence at 1/11/2021 No comments: