A new professor in Criminal Justice at Ashland University, Dr. Marc Hedrick, grew up in Naperville, just outside of Chicago. Obtaining a Bachelor’s and proceeding Master’s degree after working in the Air Force, Hedrick began work in the police force and subsequently as a teacher in North Carolina.

His work and interest in the field of restorative justice began in law school, where he was introduced to the subject. He later taught at Taylor University, a relatively small Christian university, which introduced these new and unfamiliar practices within their Justice Studies curriculum. As a Christian university, restorative justice was vital to practices in peace and justice, characteristic of Christian doctrine. This became Hedrick’s capstone project, ending his chapter at Regent and beginning a new chapter in education. 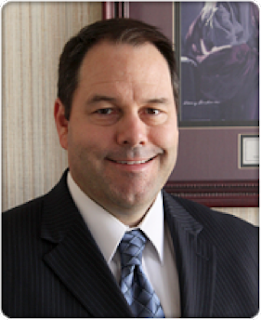 I had the wonderful opportunity to speak with Hedrick personally about restorative justice and his career.

Wirtz: How do you see restorative justice being used practically outside of the classroom?
Hedrick: Restorative justice can be used in everything from vandalism to rape and murder. During my career, I was able to work with a juvenile facility, and we tried to build a restorative justice element into the system. Unfortunately that goal never got off the ground. The Real Justice Institute [now the International Institute for Restorative Practices] does a lot to teach restorative justice and does a lot of conferencing. They bring the victim and offender together, as long as both parties agree to meeting, and ask “How can we make this right?” It’s like mediation, yes, but used in criminal cases instead of civil cases.

Wirtz: Do you see mediation and other forms of restorative practices being used in the community?
Hedrick: Absolutely. Restorative justice is generally not used, but I practiced law in Mansfield for 8 years, and I know most—probably 99%—of their civil cases are resolved through mediation. These cases are usually between an insurance company and the other party and are often court-ordered. On the criminal side, prosecutors’ offices also supplied victim services outside of this, providing updates on cases and preparation for witnesses.

Wirtz: Clearly mediation dominates restorative justice practically, but do you see it coming into play in the future?
Hedrick: I think the question here is has it topped out yet? We don’t know. Restorative justice probably won’t ever abolish the current justice system, but I could see it possibly becoming some sort of hybrid between the two. Restorative justice could replace criminal justice in juvenile cases and low-level or first-time offenders, but with violent crime there’s just not that possibility for full restoration, although it’s still beneficial if the perpetrator has true repentance. The goal here is to put the victim first. The victim has the say so in whether or not these types of practices and meetings are used.

Wirtz: So what are the benefits you see in using restorative justice?
Hedrick: Obviously the victim gets some kind of resolution, maybe closure, but the offender and society also benefit, if their benefits are second. These kinds of practices would greatly reduce the law and order kind of system we’ve had in place since the ‘80s. It prevents recycling the offender through the system, which really just causes more damage and costs more money anyways. Restorative justice is repairing harm rather than creating more harm.

Emily Wirtz is an ACN Peace Scholar and Intern.

Posted by Ashland Center for Nonviolence at 10/21/2015 No comments: 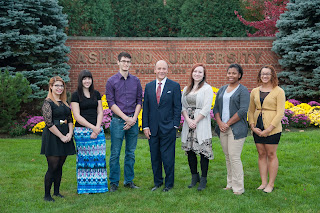 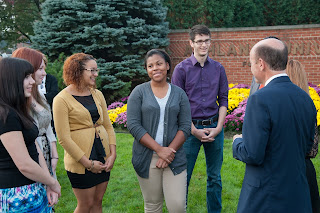 “I am excited about the new scholar program as part of the University’s Center for Nonviolence, which is a perfect fit for a University founded by the Brethren, a church rooted in the peace tradition,” said AU President Carlos Campo. “The center as well as its new program challenges us to begin with a mindset of peace instead of one for war.” 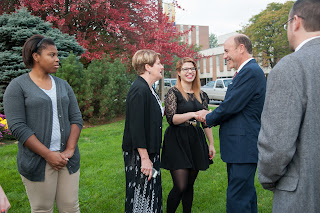 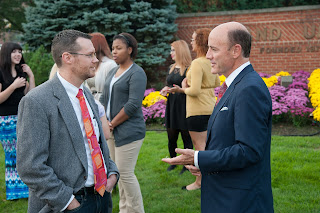 Find out more about the ACN Peace Scholars program here.

Posted by Ashland Center for Nonviolence at 10/07/2015 No comments: