Collective Violence and Kneeling for the National Anthem

Let’s think about NFL players “taking the knee” in terms of how societies respond to their acts of collective violence. In recent years, I have been shaped in my thinking about violence and nonviolence by the work of the late anthropologist René Girard. According to Girard, societies are sustained by collective violence which they must not only justify but also consider and remember as sacred. “Our violence is righteous and has brought us peace and has brought us together,” will be a typical conviction. There will be fierce opposition to anyone who challenges the sacredness of a society’s violence.

For some, the national anthem of the United States isn’t just about our country, but about our sacred acts of violence: our wars and those who fight in them. Singing the national anthem together in public commemorates not just our unity as a nation, but the means by which we were brought together. Not to stand for the anthem, then, produces a deep anxiety for a society used to marking the sacredness of our violence in a way that goes unquestioned.

When NFL players kneel during the national anthem to draw attention to racial violence, the effect is twofold. First, it has the effect of undermining the unity and peace brought by sacred violence that we thought we were celebrating. The sacredness of this moment with this song cannot withstand dissenters whose actions are meant to say we’re not as united nor as peaceful as most have wanted to believe. Second, kneeling draws attention to forms of collective violence other than our wars (that is, white violence against blacks) and which our society today can usually sacralize only awkwardly and incompletely, usually opting to try to ignore it by drawing attention to other things.

The big professional sports are some of the most important “other things” that are meant to distract us from our collective disunity and the violences we have a harder time covering over in sacredness. The faux rivalries that electrify fans—superficial loyalties for one team over another—allow a society an outlet for energies that might erupt into violence in other settings. It is “bread and circuses” appeasement of the populace. The more violent a sport is, the better this works. When some members spoil this mechanism by interjecting other, racial rivalries into the very sports that were meant to help us ignore them, at least on game day, it has the effect of interfering with one of the deeply important social functions these sports are meant to play. The raw reality of our society’s collective violence is uncomfortably put on public display shorn of all sacredness. So these actions are accused of being both unsportsmanlike and unpatriotic.

Posted by Ashland Center for Nonviolence at 9/26/2017 No comments:

Conversation about Historical Context in Confederate Monuments: Who Are We? 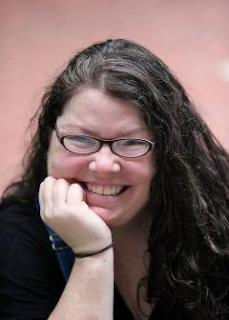 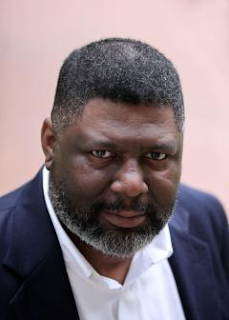 Eagle's Landing in the Student Center

Join presenters Dr. Susan Glisson (Ph.D. in American Studies) and Charles Tucker, the co-founders of Sustainable Equity, for an in-depth yet informal conversation about confederate statues, what they mean and communicate, and what alternatives exist. They will share their experiences from over 20 years of working to reduce inequities in the South and their realization that these fights over divisive symbols have become surrogates for the difficult discussions we're afraid to have about how to dismantle racial barriers that have been fortified over generations.

Posted by Ashland Center for Nonviolence at 9/05/2017 No comments: