Alycee Lane's book, Nonviolence Now!: Living the 1963 Birmingham Campaign's Promise of Peace got me thinking about the kinds of commitments we make to nonviolence. Have a look at our interview with her here. Lane cautions against the inherently "masculine" accounts of nonviolence in which nonviolence is merely a tactic that better ensures victory for a cause in certain instances.

But when peace is a personal commitment and a way of life, as Lane insists it should be, it will not only run much deeper within us, but it will also, as a consequence, yield a much more disciplined and ultimately effective movement. Even though it's now 50 years later, today's continuing challenges especially on violence and race in America will benefit from the kinds of cautions and counsels that Lane makes.

So we at ACN thought it would be good to have another look at the 1963 pledge and to invite others to consider committing themselves to it.

Even though the original Commitment Card reflected the Christian ethos of much of the movement, many others have since then found other religious and secular ways of articulating their deep concern and personal devotion to the ways of peace.

Read and consider whether you want to take the pledge!

Posted by Ashland Center for Nonviolence at 7/30/2015 No comments: 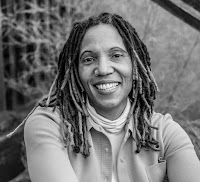 
AL: Nonviolence Now! was not the book that I intended to write. What I intended to write was a book on the subject of African Americans and Buddhism – a topic inspired by my participation on the East Bay Meditation Center’s year-long Commit to Dharma (C2D) Buddhism study group, facilitated by Larry Yang. In particular, I was initially interested in the growing African American Buddhist community and how it was thinking through the relationship between African American histories/cultures and Buddhist practices.

Read more »
Posted by Ashland Center for Nonviolence at 7/28/2015 No comments: