Nonviolence is always a team effort. At the Ashland Center for Nonviolence, we're constantly looking for ways to join forces with friends working in areas that matter. We're especially excited to team up with the Ashland County Community Foundation Women's Fund and the Ashland University Gridiron Club in order to bring Joe Ehrmann to town this March to talk about sports, masculinity, and violence against women.

Joe Ehrmann is a former NFL defensive lineman who is now an educator, author, activist, minister and motivational speaker. He was an All-American football player at Syracuse University, was selected to the Syracuse All-Century Football Team and went on to play professional football for 13 years. He was named the Baltimore Colts “Man of the Year” and was the NFL’s first Ed Block Courage Award winner. Parade Magazine featured him on its cover, naming him “The Most Important Coach in America” because of his work to transform the culture of sports. In addition, he was selected as one of the “Most Influential Sport Educators in America” by the Institute for International Sport and was awarded the Frederick Douglas National Man of the Year for empowering youth to prevent rape and other forms of male violence.

We are delighted to have Joe speaking on two occasions. Join us for both!

Many thanks to our sponsors:

Posted by Ashland Center for Nonviolence at 2/19/2016 No comments:

One of the final projects Traci discussed focuses on diversity in identity. “Our Lives Matter,” a play on the Black Lives Matter campaign withheld the same values, but broadened to encompass an entire student body—not just the black students. “Headshots” were black and white portrait paintings with punches of color—showing the obscured identities of students in the Bronx, while also representing emotions. A collaboration series she is currently working on is entitled “I Am, I Will, I’m Afraid.” This is a collaboration she brought with her. 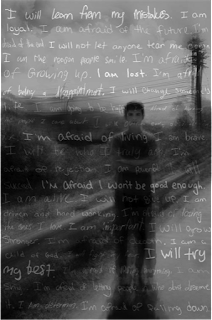 Ashland University is a predominantly female campus. This was apparent in our first meeting with Molloy. She allowed AU students the opportunity to collaborate with her in a project of our own. The morning before her presentation, we gathered in a CFA art room, filling it with female students. Dr. Cynthia Petry introduced her, and she then introduced her collaboration. Each “I Am” piece preceding had encompassed some trait of the students within it. Portraits were taken and overlapped, creating a single image of multiple people. Quotes beginning with “I am…” “I will…” or “I’m afraid…” were also taken and layered into the portrait, looking something like this (her piece from Wellsville, NY). This then became our “assignment.”

Deciding on our own identities was not a long process. We were all women, many of us in our late adolescent years, and there was one issue that seemed to stick with all of us: gender-based violence. We talked about ourselves and other women we knew who had been through abusive relationships—whether verbal or physical—sexual abuse, sexual assault, sexual harassment, rape, cat-calling, slut-shaming, and the list goes on. The shocking thing? There wasn’t a single person in the room who didn’t raise her hand when the question “Do you know someone who’s been sexually assaulted?” was asked. That’s a problem, and for whatever reason, as women, that has become our identity. We are targets and victims because we are women. This project became our own personal solution. We are queens of our own lives and our photographs were to look as such. We chose to represent the strength and power that we have as women, even though we are not perceived this way. An image of feminine power? Katy Perry. Granted we didn’t have a crown or scepter, we had the attitude and the pose. 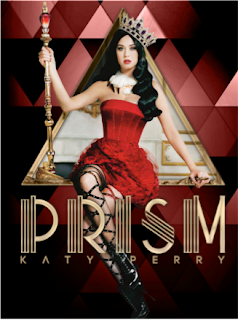 As we await the results of the final project, I think it’s important for us women to live through this strength. We should not have to carry mace or fake a phone call in order to feel safe walking down the side walk. Even Traci expressed her sincere concern for us as young women: “We need to pay attention to violence on women. We need to take back the night…and become inspired to do something more. This piece when it’s finished will have a life. I hope it has power.”


Every one of us has an identity. Every one of us also has an ethnicity, a race, a gender, a class, and a past. How we choose to identify ourselves may or may not be one of those categories. Unfortunately, all too often a stereotype arises from something that makes us who we are. Our race becomes our label, or our gender, sexuality, class, etc. and those labels become how we are identified—not how we identify ourselves. All too often a black man is perceived to have a gun in his pocket instead of a checkbook. A woman dressed in old sweats is perceived to have a food stamps card instead of a teaching license. A man on the streets is seen as a lazy addict instead of a man with a Ph.D. and a family to feed.


Emily Wirtz is an intern and Peace Scholar with the Ashland Center for Nonviolence.

Posted by Ashland Center for Nonviolence at 2/09/2016 No comments: