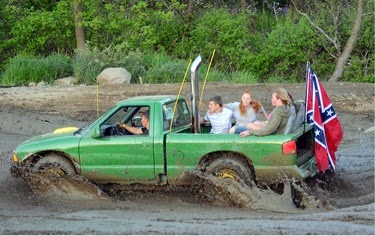 Selma—both the movie and the city—has raised a lot of thought-provoking questions, some of which have clear answers: Yes, racism does still exist. Some questions, on the other hand, remain pretty vague: I don’t know, what do we do about it? While I don’t have an answer as to how we go about knocking down racism in its entirety with a single hit, I do have a proposal. We need to talk about it—not just “we” as Americans, but we as Caucasian Americans who somehow still believe we live in a world of equality. We have to stop acting like racism doesn’t exist, or at least like it doesn’t affect us, and we have to start becoming aware. “Well, what the heck does it mean to be aware of it?” Listen, and in time, speak.
When I was in high school, I dated a guy for a short period of time—we’ll call him Phil. White, blonde hair, blue eyes, middle-class guy who listened to punk rock and country music. Country music was big. Austintown is barely a twenty minute drive to the Canfield Fair Grounds, which holds the largest county fair in Ohio and always has at least one country artist playing that week, only about 40 minutes from the Dusty Armadillo, Ohio’s leading country bar/club, and about 20 minutes away from Yankee Lake, which hosts Y.L. Truck Night every Friday in the summer. Now, I’m sure I don’t speak for everyone, but truck night was a little off-putting to me when I finally tagged along with Phil. Granted, I don’t at all mind watching a line of drunken people dance to Cotton-Eyed Joe, or the monster truck school bus go mudding, or even the occasional decent-sounding band. What I minded was the incredible number of rebel flags on display. “I don’t think that means what you think it means…” They were everywhere. It was summer and it was hot, so of course there were blonde girls walking around with beer-belly muffin tops peeking out of daisy dukes and bikini tops—but the bikini tops were the old southern red, white, and blue. Bumper stickers, window stickers, license plates, t-shirts, bandanas, tattoos, baseball caps, face-painting—everywhere. At the discussion after the “Selma” viewing, Dr. Maura Grady, an English professor here at AU, pointed out that while many people see this as just an “I love country” kind of thing, the flag is symbol for the slavery-age South—it’s a symbol for racism. The selective hearing of white privilege didn’t listen to that part of its history. The real problem? There were a lot of people that did.

Shortly after, I was in a semi-serious relationship with another guy—we’ll call this one Steve—who was a country, Carolina boy through and through. Trust me when I say he made it very clear he grew up in the South. Racial digs and slurs were a frequently used part of his vocabulary. For a time, I tried to ignore that. I thought, well, as long as he doesn’t say it to somebody, it’s not doing any harm, right? Wrong. I may have heard, but somebody else may have listened. Maybe it didn’t do anyone physical harm, but what it did do was allow a nasty southern tradition to carry on. I’ll admit that was not something I considered anything more than taboo. Then I met his parents. One glaring problem: the shaved portions of his father’s head revealed two colored tattoos of the Nazi party flag—bright red with a bold black swastika in the middle. “For German pride.” The parallels between this and people’s beliefs about the rebel flag are uncanny and incredibly problematic. The Nazi flag is not symbolic of German Pride. The Nazi flag is a symbol of Aryan supremacy—it’s a symbol for racism. 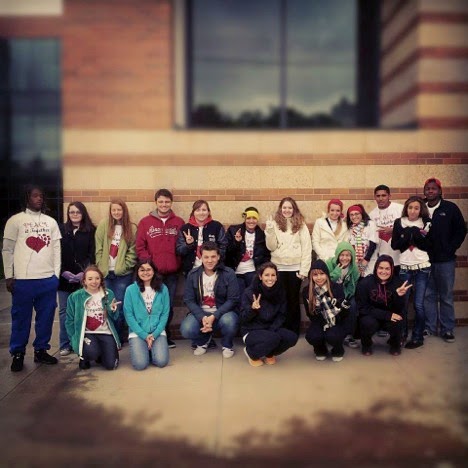 At our Selma discussion, I mentioned a peace walk in which I participated in response to the murder of black Youngstown State University students—like I said, “murder capital USA.” That day was bitter cold, snowy, and grey. Not a whole lot of people were expected to come. When I arrived along with the others from my Life Literature class, there were streets full of flower vendors, peaceful protestors, picketers, church groups, and YSU students—all bundled up in hats and scarves with cups of hot chocolate that were being handed out courtesy of the Youngstown’s Black Student Union. When I mentioned this experience, Jonathan Locust, Jr., the director of Multicultural Student Services, spoke up, and said that he had been friends with one of the victims. Now, I didn’t know the victims; I am not African-American; and I’ve not known anyone who’s been murdered, but I know Jonathan.

At the peace walk, under a large white tent was a pastor who had worked with the victims; he preached about peace and forgiveness and hope for a better tomorrow. If we want a better tomorrow, we cannot sit back in indifference and allow Youngstown or Ferguson to happen again. “What do we do about it?”

And once we’ve heard, we have to speak.