What Sort of People Will We Be? A Reflection on Ferguson and Christian Identity 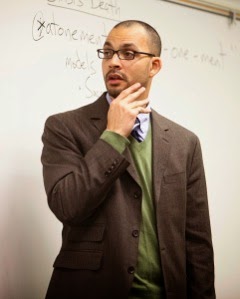 As a teacher and especially as a theologian I try to help students connect how a community's understanding of who God is connects to the way they see themselves and their world. But inevitably, when we encounter the historical atrocities of the American slave system, Jim Crow, or other global acts of tragic dehumanization and violence, students are overwhelmed. But they also express a curious distance from those historical perpetrators. They say something like this, "Well, surely something like that couldn't happen now, we are not those sort of people."

But what "sort of people" either justify or ignore the persistent cries of those being dispossessed and persecuted? And herein lies the fundamental problem. The implicit language of what is natural underlines how we view ourselves and others. While a relatively small percentage of individuals owned slaves in the United States, the assumption of what black bodies were, by nature, and what white bodies were, by nature, served to perpetuate the system as part of God's natural order.

As we watch the events unfold in Ferguson we see a narrative that seeks to justify the police department's militaristic response to public outcry over Michael Brown's death. An insipid underlying assumption of black bodies as criminal, as dangerous, serves to obscure more fundamental questions of why black bodies are targeted by police.  And it is these assumptions that underlay the justification of militarized force against a community, effectively transforming a suburban town into a battlefield and its citizens into "enemy combatants."

Why is there not more outrage at the use of force? At the violation of constitutional rights? At the excessive force used against Michael Brown in the first place, or countless other African Americans targeted by the American criminal justice system? If we are honest, perhaps we have to begin to see that the African American must continually justify why they should not be treated in such a way.

The atrocities of the world do not require explicit hatred of another. Marginalization and violence thrive upon the naturalization of another's guilt and of our innocence. But as Christians are we not called to a perpetual awareness of our falling short and Christ's filling in the gaps? If so, are we not called to be reminded in moments such as Ferguson that yes, we are those sorts of people, people who could so easily justify another's oppression and stay silent in the face of their dispossession. But by God's grace and in Christ's name we are called to live into what we are not. Perhaps walking with Christ begins not with the refusal of the one who reminds us of our falleness. Perhaps it begins with hearing the uncomfortable anger of those who are crying out in our midst.

As a white woman who doesn't feel like I have much that I can do, I felt paralyzed when the Ferguson situation first came up. But by reading and listening, I have become more sensitive and have spoken up more and observed more in my little world. Thank you Dr. Bantum for being one of the persons who is teaching me.