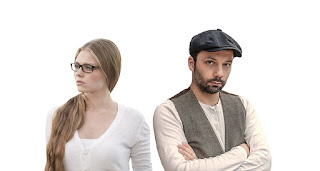 These certainly are polarized, politically charged, turbulent times in our society.  A myriad of issues--including systemic racism, police brutality and economic inequality--call for our attention.   And, in the midst of this, we all have family members or friends who see the world differently and act in ways that we judge to be unjust, violent or harmful.  How is it possible to relate to those whom we deem to be “on the other side?”

Principles developed by Marshall Rosenberg and implemented through an organization that he founded, the Center for Nonviolent Communication (cnvc.org), have been helpful to me when considering these issues.  For those who aren’t familiar with Rosenberg’s work, a good place to start would be Nonviolent Communication: A Language of Life (Third edition, 2015) or Speak Peace in a World of Conflict: What You Say Next Will Change Your World (2005).  While I am somewhat of a newcomer to the approach outlined below, the basic ideas resonate with teachings from the great world religious traditions that I have studied and taught for the past three decades.

What are the components of the nonviolent communication (NVC) process that can help us relate to others with whom we disagree and, even more, diffuse (and perhaps even transform) personal and social conflict?  The process begins, first of all, with a nonjudgmental observation of another person’s behavior or the situation in which we find ourselves.   Simply speak what we see without evaluation or criticism. This is admittedly tricky since most of us tend to offer value judgments before we realize we are doing it.  Secondly, we discern the feelings that arise within us based on our observations. Do we feel hurt or frightened or frustrated or angry?  Here we should allow emotions to arise without using what have been described as “victim verbs” that blame others.  If someone makes a racially insensitive comment or launches a personal attack upon us we should identify how it makes us feel and try to understand our needs before moving toward thoughts such as “you are a racist” or even “you make me angry.” The behavior of others may be a stimulus for our feelings but they are not the cause.  Thirdly, we ask what are the needs, values or desires connected with feelings we have identified.  Most of us have a difficult time separating feelings from needs.  When our needs are not being met, we often find fault in others rather than taking responsibility for ourselves.  Finally, we can move to making requests of others (rather than demands).  Requests should be framed in direct, positive ways:  concrete actions that others can undertake rather than vague, ambiguous comments that leave people wondering what we are wanting.  Underlying all of this is the need for empathy. Listen for the hurt and pain in others and, as Rosenberg puts it, “appreciate the humanness in those who speak or act inhumanely.”

This brings us to the amusing quote with which I began these reflections.  When faced with someone who is angry, disgruntled or opposed to our viewpoints, our first response is often to confront them by saying, “But…” followed by a series of arguments or some expression of defensiveness.  Perhaps instead we could pause, take a breath and try to understand their feelings and needs.  We can look for something in their humanity with which we connect.  Then we can make reasonable, clearly stated requests in keeping with our value system.   Of course this may not be possible in every situation, especially when tensions are heightened. Nevertheless, as Arun Gandhi has written in the forward to Rosenberg’s book, it can be a “significant first step toward changing our communication and creating a compassionate world.”

David,
I am so happy that I found this post today! I am so drawn to Marshall Rosenberg's work. I am a grad student in Adult Ed and would like to get more involved with your group. Could I contact you for more information?

For more information about ACN, in addition to our website you could contact our assistant director (Beth Butill) through her email (ebuttil@ashland.edu). She we will gladly inform you about upcoming events and ways to be better connected.