Nothing to Worry About 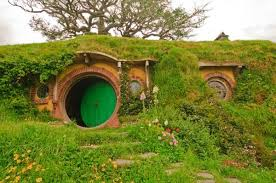 As lovers of peace, we know that our way of being in the world—even a world in crisis—doesn’t need to be determined by what is going wrong. Our calm is a peaceful spirit, unshaken and non-reactive. We can be like James Bond… and hobbits.

Several years ago, movie critic A. O. Scott noted that the new James Bond differs from his predecessor. Daniel Craig’s new Bond is brooding, vengeful, and ruthless. He has a chip on his shoulder that perfectly matches all of the bad that villains have done to him. He’s darkly resolute and grieving.

But this is all very boring, Scott observes. James Bond used to be different, but now is just like every other movie hero.

I know grief has always been part of the Dark Knight's baggage, but the same can hardly be said of James Bond, Her Majesty's suave, cynical Cold War paladin. His wit was part of his—of our—arsenal, and he countered the totalitarian humorlessness of his foes with a wink and a bon mot.

Reactive strength is only as strong as what it opposes. Stronger still is a blissful naivete that has its own positive way of being, undetermined by the threat of labeling all of life a tragedy. With wit and humor, the James Bonds of Roger Moore and Sean Connery didn’t let the aggression of villainy become mirrored in themselves.

Likewise, the bravery and confidence of Tolkein’s hobbits surpassed that of fellow travelers who were aware of the depth of the evil they were up against. The hobbits only knew the friendship and peace of the shire where it never occurred to anybody to lock their doors. Hobbit peace isn’t a goal for violent Middle Earth, but an origin, a foundation, an unwavering and unending source of harmony and strength.

With heroes like these, there’s no need to worry. My heart is calm.