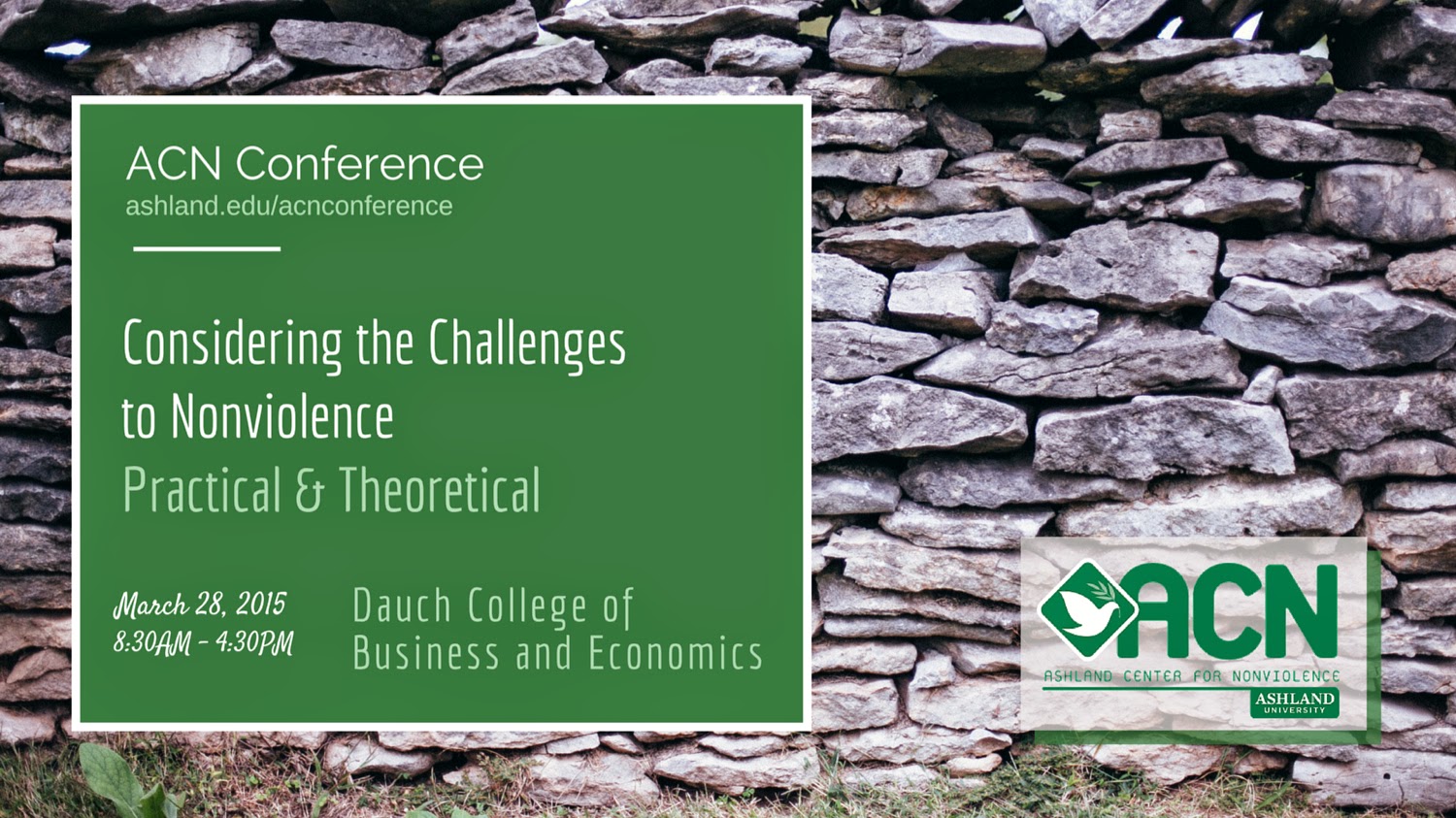 Our theme of challenges to nonviolence is meant to encourage a certain amount of introspection. It’s designed to provide a chance for those of us who are committed to nonviolence in one way or another to allow the best accusations and arguments of our critics to engender some reflection and response that’s hopefully not overly quick. To me, this is actually part of the way of nonviolence itself and it is something I have seen most consistently displayed in the work of the Mennonite theologian John Howard Yoder.

Yoder, who had a long career at the University of Notre Dame, was from this part of Ohio. And even though he was deeply committed to the pacifism of Mennonite Christianity, he understood what he thought of as kind of ecumenical openness to be an expression of his commitment to nonviolence. It’s a form of turning the other cheek, going the extra mile, and loving one’s enemy to give one’s opponent the benefit of the doubt or to attempt to take her professed position seriously and, in some cases, more seriously than one’s opponent does herself.

For Yoder, this posture was always most genuine, illuminating, and natural when it’s adopted in conversations he was constantly having about the just war theory. Even though he popularized some of the most trenchant critiques of the just war tradition, Yoder is also well-known for challenging just war theorists to hold their professed convictions with greater rigor, particularly when a war is judged to be unjust on their own terms. Imagine what it must have been like for the Notre Dame ROTC cadets to have been taught the just war tradition by a Mennonite pacifist!

As we look today at some of the most serious challenges to nonviolence, I suspect that we will notice some themes emerging; perhaps also some differences and disagreements over the nature of nonviolence itself. In my involvement with the Ashland Center for Nonviolence and in other settings where peace-loving people gather, I’m always aware of the fact that nonviolence means different things to different people. I’m not convinced that separating species of nonviolence into tactical and principled is the always the best way to do it, although that is a common strategy. Is nonviolence simply a better way of achieving goals such as social change? If so, what about when it fails? Should we take up arms only at that point? If not, why not?

Most of what I have to say about this cluster of topics and questions I’m going to save for my paper in a later session. But as we begin what I know will be a very interesting day together, I want to get us reflecting a little bit about how important you consider the effectiveness of nonviolence to be. I’ve had many conversations with my predecessor at ACN about our frustration that nonviolence (especially in international relations) is usually not tried, not tried for long enough, or only tried half-heartedly.

Now, probably most of us would refuse to think that we need to choose between a moral commitment to nonviolence and its effectiveness. Nonviolence might simply be true, as Gandhi taught.

But I suspect we might have different ways of construing that connection between our moral commitments and their effectiveness, or different ways of phrasing the nature of our moral commitments, or different ways of thinking about the time-scale against which we hope our efforts might be measured for their effectiveness. When Martin Luther King spoke in 1965 about how the arc of the moral universe is long but it bends toward justice, he gave people hope that it does bend toward justice and that eventually the universe comes around since that’s the shape of things; he also gave them courage to continue to work for justice despite serious setbacks. But King was also aware that there are no guarantees that we will always be the ones to see justice done or be able to witness the vindication and success of our efforts.